After many years spent at his telescope looking at the stars, a man discovers that he is not
only observer, but also observed.
So begins a paranoi-comical tale...

This anonymous man lives in a crowded corner the size of a telephone booth. From here,
studying the stars, he sees himself. He doesn’t like what he sees, so he decides to present himself differently to the eyes of the universe.

Inside his claustrophobic cabin he has all the instruments he needs to create a radiophonic selfie.
Hero of his own existential drama, he also must play director, and even technician
and stage hand.
The point of this complicated production is to show his intergalactic
audience that he is more, and better, than he appears to be.

He makes us laugh and cry in his desperate attempt to present himself in a more
sympathetic light, as even the props and set seem to turn against him.
Unfortunately, the more he tries to control the story, the worse it gets: he transforms from hopeful hero to hopeless clown — Hamlet with his pants down.

Through his existential dilemma we enjoy a tiny epic tale, inside a real cabinet of wonders, in which we can explore our need, and our fear, of being seen.

By and with: Robert McNeer

Back to "Our shows" 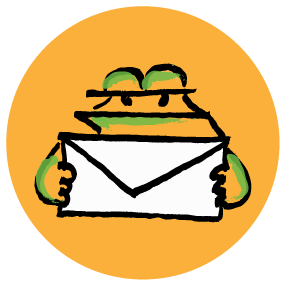 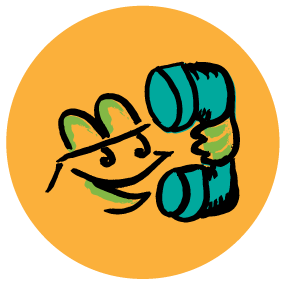 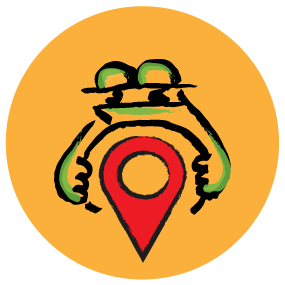 This website uses cookies or similar technologies for technical purposes and, with your consent, also for other purposes as specified in the Cookie Policy
Of these cookies, the cookies classified as necessary are stored in your browser as they are essential for the functioning of the basic functionality of the website. We also use third-party cookies that help us analyze and understand how you use this website, to store preferences. users and provide them with content and advertising relevant to you.
These cookies will be stored on your browser only with your consent. You also have the option to disable them by accessing the "manage cookie categories " panel. Disabling some of these cookies may affect your browsing experience.
You can freely give, refuse or withdraw your consent at any time.
To consent to the use of these technologies, click on the "I accept allcookies" button. By closing this information, you continue without accepting.

This website uses cookies to improve your experience while you navigate through the website. Out of these, the cookies that are categorized as necessary are stored on your browser as they are essential for the working of basic functionalities of the website. We also use third-party cookies that help us analyze and understand how you use this website. These cookies will be stored in your browser only with your consent. You also have the option to opt-out of these cookies. But opting out of some of these cookies may affect your browsing experience.
Functional
Functional cookies help to perform certain functionalities like sharing the content of the website on social media platforms, collect feedbacks, and other third-party features.
Performance
Performance cookies are used to understand and analyze the key performance indexes of the website which helps in delivering a better user experience for the visitors.
Others
Other uncategorized cookies are those that are being analyzed and have not been classified into a category as yet.
Necessary
Necessary cookies are absolutely essential for the website to function properly. These cookies ensure basic functionalities and security features of the website, anonymously.
Advertisement
Advertisement cookies are used to provide visitors with relevant ads and marketing campaigns. These cookies track visitors across websites and collect information to provide customized ads.
Analytics
Analytical cookies are used to understand how visitors interact with the website. These cookies help provide information on metrics the number of visitors, bounce rate, traffic source, etc.
SAVE & ACCEPT
Powered by