cultivating theater and the performing arts in a natural environment 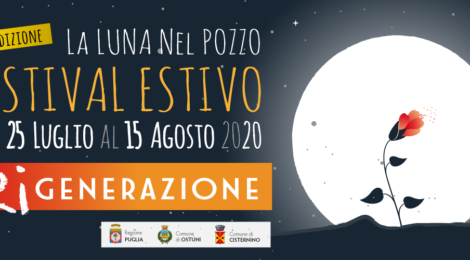 As anounced… this year, too, we will have OUR SUMMER FESTIVAL!
Mark the dates: we are going to start on july 25 and finish on august 15  and on august 1 we will expect you all at the Full Moon Fest!

In the meantime, Robert tells you the meaning of this festival edition in the Moon Diary below.

At eight years old our daughter Angel got measles, which put her in bed for two weeks with a high, persistent fever which scared us badly. It’s always difficult, disease which brings you in sight of death, more difficult when the sick one is not you, but a loved one, worst of all your child: it seems a sadistic outrage from an unnatural world.

It was June. I remember it every June, when the lizards start sunning in the streets. That June, racing to and from the pharmacy in a kind of repressed panic, I became obsessed with not running over lizards. Fearing for my daughter’s life, I tried to avoid death altogether. All of life became important.

It’s not easy missing lizards with the car. They feel the vibrations of the tires, and run. Or freeze. Or freeze, dart, freeze, dart back. Or sideways. Or not. Random, like Russian roulette. I imagine this instinct helps them escape birds, but it doesn’t help against cars. They have no natural defense against cars, because cars are not natural: they didn’t evolve together.

I remember a sun-washed June morning, me stopped beside the road, crying at the wheel. I had screwed up, and crushed one. And it was the birthday of my sister, who had died young. It seemed a sign. I wasn’t doing well….

And we, now, post-lockdown? How are we doing, as we come out, blinking in the sunlight? Tomorrow I go to Bisceglie to play in the their theater festival, “Time of the Little Ones.” I understand I’ll be performing on a wagon, like in the Middle Ages. To keep the proper distance. Like lizards, the little ones will stop in the street to watch me.

Fortunately, I’ll be doing “Superman & Me,” which invokes superpowers, and I imagine in these times, little or big as they may be, we could all use some superpowers.

Because this machine we’ve built, starting with the Sumerian invention of the wheel, this machine is broken, without a doubt: many of us risk being run over. Some of the theater people I know are looking for new models. Others are protesting the old ones. Many are doing both. Maybe somebody I don’t know misses the old models. Not me.

We’re programming our Summer Festival which we named, a year ago already, reGeneration. Go figure….

Angel, after surviving that serious case of measles, came out transformed. She became less exuberant, more thoughtful, I’d say. Less child, maybe, with another way to see the world, both clearer and more contemplative. Perhaps suffering had taught her empathy.

I don’t know, I practice theater, not psychology. It’s clear that as theatrical artists, we try to make something beautiful out of this reGeneration. Something beautiful for the generation of the volunteers who join us every year, for the children, hopefully accompanied but their grandparents. Something beautiful for us personally, of course, and for the adults who can discover that puppet theater isn’t just for children, that play is serious business. Beautiful for us, to give space to the trees, and to the people, to know the trees better. For our old friends, to discover a Full Moon Fest, but differently Full.

Because things change, dharma rules. ReGeneration. Ask your friend, the pregnant one. Ask the child, just out of the hospital. But ask, too, the lizard who walked away from that accident, without his tail. Ask the olive tree that survived the fire. Ask them what “reGeneration” means, and listen carefully to their response.

The Moon in the Well is a theater housed in a traditional stone “masseria,” or farm house, from the mid-nineteenth century; a cultural center nestled among the majestic olive trees in the Puglian countryside near Ostuni [Brindisi province]. The name expresses our hope for an oasis which can nourish new art forms, creating opportunities for fruitful creative encounters, where one can find the environment, and the time, to realize one’s desires.

There are no upcoming events.